Innovations in Monovision as an Alternative to Trifocal Intraocular Lenses

Innovations in Monovision as an Alternative to Trifocal Intraocular Lenses: RayOne EMV

As a practicing ophthalmologist in Argentina, I started implanting RayOne EMV intraocular lenses (IOLs) in February 2021 and have experience with approximately 40 implantations. So far, my initial experiences with the product have been overwhelmingly positive. For many years I have been implanting Rayner IOLs and have been satisfied with their products. In the short time using the RayOne EMV innovative design feature of spherical aberration has me wondering if there is any feature that I do not like about this IOL. It is easy to implant and has great patient outcomes. Many of my patients undergoing cataract surgery can now expect not only the vision correction seen with standard monofocal lenes, but now see an extended depth of focus that was not possible before. I should explain that I was previously hesitant to use a monovision approach in my patients, and instead relied on trifocal IOLs when the desired goal was presbyopia correction. Now, with the introduction of RayOne EMV, I am using a mini monovision technique with a target offset in the non-dominant eye of -0.50 diopters. I was initially surprised to see this change in my treatment approach, but the resulting patient outcomes have been very encouraging, including a very good extended range of vision and a lack of positive or negative photopsia. In addition, RayOne EMV results in lower out of pocket expenses for my patients compared with bifocal or trifocal IOLs.

Meanwhile, I see patients who would not be good candidates for multifocal lenses, including those with corneas altered by ectasias, keratoconus, or pellucid marginal degeneration, as well as those affected by forms of maculopathy. RayOne EMV allows for some degree of functional near vision in addition to distance vision after surgery in these patients, allowing them to perform daily tasks such as reading a mobile phone or looking at a computer screen with a high degree of spectacle independence. This IOL is more affordable in comparison with premium multifocal IOLs and offers so much more in terms of patient satisfaction. Undoubtedly, this has a positive impact on the patient’s quality of life. From my perspective, post-operative patient management has also been easier with RayOne EMV, as the patient’s neural adaption time is very short, and they do not require the additional coaching and support needed with adaptation to other IOLs. Even in low light conditions they find that they can read without trouble. I am so encouraged with the outcomes I have seen so far that I am wondering if products like RayOne EMV may soon transition many surgeons and their patients away from available trifocal options, especially with the lower costs and extended depth of focus that is possible with this option.

For surgeons who are considering the adoption of RayOne EMV in their own practice, I do have several points of advice. First, it is important to understand that the positive spherical aberration with RayOne EMV is designed to modulate the physiologic aberration of the cornea that naturally occurs over time. In this way, RayOne EMV works with this natural aberration instead of actively resisting against it, as seen with other IOL options such as a negative spherical IOLs. In addition, I would urge interested surgeons to become familiar with the best eye dominance testing available to consistently assess eyes for motor and sensory dominance. This is necessary to correctly calculate the desired offset with RayOne EMV as the product was designed, with a target of emmetropia in the dominant eye and a mild myopic offset in the non-dominant eye. This offset results in a blended zone of intermediate vision that does not loose stereopsis or contrast sensitivity. Patients will experience almost immediate adaptation, which is certain to result in satisfaction for both the patient and the surgeon. 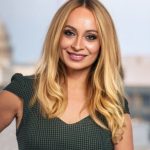